What I Learned About Open Adoption in 2011

January 02, 2012
In March of last year, a year and a month after we'd come home with T, we received several emails from the social worker in Ethiopia, with digital photos of T's family attached. Glory, hallelujah! I sobbed with joy. We saw his brothers and sister for the first time. They were holding the Christmas card we'd sent and had the photo album open to the page where T is wearing his traditional Ethiopian shirt, pointing to that photo. They were clearly pleased that we have honored his culture by clothing him in that shirt. Seeing those photos, I realized with a clarity that had escaped me prior to that moment that we did not leave his family behind in Ethiopia. Despite the hardships of distance and communication, we are not two separate families, but rather one large one, joined by our love for one little boy. I feel an even deeper sense of commitment to keep them informed about how their little boy is blossoming -- fulfilling, and possibly exceeding, all their hopes for him.

To find out what others learned about open adoption in 2011: visit this link
Adopting the Older Child

Popular posts from this blog 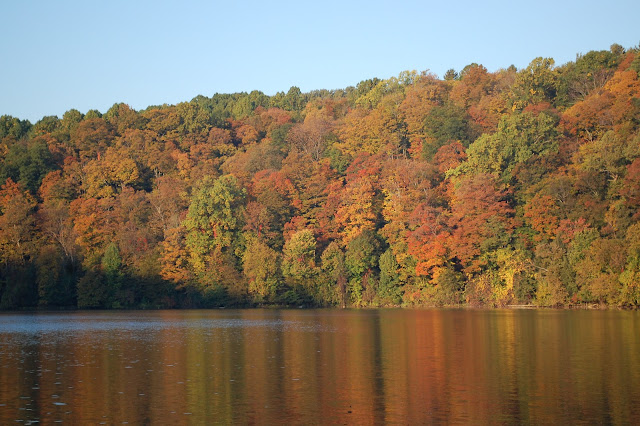 When I was younger, fall was my favorite season. It seemed, as I day-dreamed out the school windows, that the crimsons, golds, and fiery oranges were a painted canvas to be enjoyed for weeks on end. Now the leaves are a fleeting show of glorious colors one weekend only to be ripped off by a windstorm the next, leaving us to stare at a world of gray and white for the next seven months. Perhaps if I actually had a window to look out while working, I could contentedly watch the season ease into into its show throughout the weeks of September and October, until finally exploding into the grand finale -- and not feel so cheated when the leaves are so unceremoniously flung to the ground to make way for the coming snow.
Oh, autumn, to quote Marvell:
"...yonder all before us lie Deserts of vast eternity. Thy beauty shall no more be found..."
So while I was at Green Lakes over the weekend, I took time to just soak in the colors, albeit with a five year old at my side peppering me with qu…
Read more

Public Broadcasting and My Adopted Child 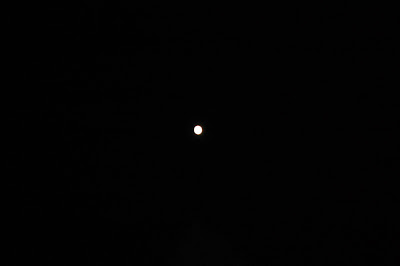 A white circle in a black square! Actually, it's the moon over Green Lakes State Park
during our September camping trip. I desperately need a telephoto lens!
A slightly better photo of the moon, taken this winter.
There is a movement afoot by people of political ideologies that frankly infuriate me to zero out federal funding for public broadcasting. This is under the guise of balancing the budget, but the $400 million we're talking about amounts to $1.35 per person per year, and won't even make a dent in reducing the federal deficit. We were willing to hand $70 billion to fat cat bankers who still got their $20 million a year salaries and multi million dollar bonuses even after destroying the global economy, but we're going to take Sesame Street away from our children? While also taking away Head Start programs? I firmly believe this is not about balancing the budget; this is about restricting access to information.

But enough of me on my soapbox. What I want really w…
Read more

February 25, 2018
I found out yesterday that my long estranged brother-in-law passed away about a month ago. Services were private -- so private that his own children were excluded.

As our family has coped recently -- and continues to do so -- with death and dying, this one seemed like it should be a simple one.
He was an alcoholic. And he was a mean drunk. He was a verbal and emotional batterer. He didn't pay child support, forcing my sister to raise two children on one salary, a difficult task for a teacher. My sister suffered and the kids suffered.
He would promise the kids the moon and deliver nothing. Nephew had to learn at a very young age that not only would Daddy not get him the fantastic toys he promised for Christmas, he wouldn't even show up. The second part was harder on the crying little boy than the first.
Eventually Niece One and Nephew wanted nothing to do with him until he sobered up. They were tired of the emotional abuse and verbal tirades; they were tired of his empty pro…
Read more